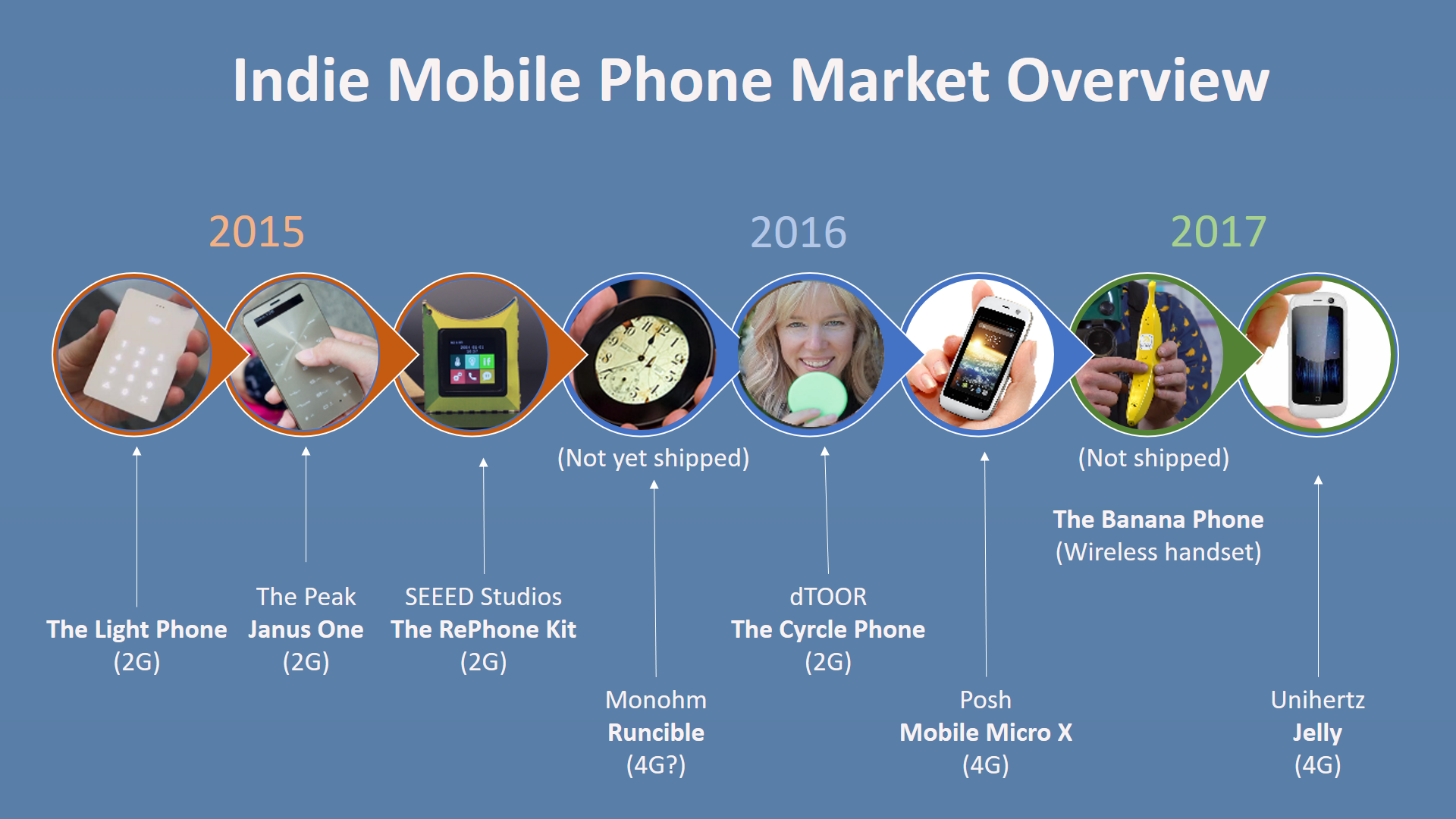 Perhaps you are tired of your current phone, or want something different that the rest? Look no further. Think the mainstream mobile phone manufacturers have it all locked down? Think again. Looking for something fresh? We’ve got you covered. Here is a brief overview of some of the alternative phones which have been released in just the last 24 months and a quick explanation of why they have made an impact.

The Light Phone was the first big bang out the of the gate with a Kickstarter campaign in June 2015 and delivery in 2017Q1. The company’s “Go Light” branding is clean, and the product is simple. The Light Phone is an inexpensive 2G phone which allows you to detach from tech world and travel with a phone to the beach/forest, yet not miss that call from your mom. The phone can’t even do texts - and that’s the point!

Just a few short weeks after The Light Phone’s campaign, there was a similar phone (but with simple texting) from The Peak called Janus One featured on Kickstarter in August 2015. There was a similar (unsuccessful) campaign on Indiegogo shortly thereafter for a product by a company called GT Star (with pictures of The Peak team) for the GS6 cPhone, which could also play MP3s! GT Star sells several different flavors of these types of phones via Amazon.

Well known maker product vendor SEEED Studio broke completely out of the box with its Kickstarter campaign in October 2015 for the RePhone Kit, a 2G GSM hobby phone which you could assemble yourself. SEEED also offered additional modules to enable more features as you built your phone.

Monohm took a step forward to 4G in its Indiegogo campaign in July 2016 for the Runcible, an alert-free phone with a wooden back. They have not yet shipped and are currently in the pre-manufacture stage.

dTOOR’s 2G prototype version of The Cyrcle Phone was featured in a September 2016 Kickstarter campaign, and all rewards (phones, classes, t-shirts, etc.) were delivered in less than 60 days.

POSH Mobile had already been offering a few full-sized phones before they came out with their itsy-bitsy Micro X on Amazon. No crowdfunding campaign for these guys!

Although just a Bluetooth handset, The Banana Phone was a nice break from the rectangular (and serious) with its yellow appeal and Indiegogo campaign in May 2017. The company is headed out to manufacturing now, and we hope to see this fruity beauty soon.

If you liked POSH’s Micro X, you will love Unihertz’s Jelly with not just one, but TWO SIM card slots. Even though their Kickstarter campaign just last June 2017, their phones have already shipped.

That is a short recap of the last 24 months to catch you up. Please stay tuned for more news and in-depth reviews. In the meantime, if you have heard of any other non-mainstream phones in the last 24 months that we may have missed, please let us know! It is exciting to see how the independent mobile phone companies are making waves of their own.